This Health Promotion and Maintenance practice test contains 20 questions that are very similar to what you’ll get on the real test.
NCLEX Exam Fact Sheet
How many questions:
20
Time limit:
∞
Format:
multiple-choice
Time limit: 0

You have already completed the quiz before. Hence you can not start it again.

You must first complete the following:

Quiz complete. Results are being recorded.

What’s Your Time and Sanity Worth?

Sure you can study the dusty textbooks, but they don’t give you a pass guarantee. We do. Pass your NCLEX exam using our fast and efficient method, or it’s free. 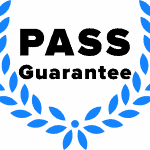 NCLEX Select All That Apply

NCLEX Select All That Apply 2